If you’re new to boxing, or you’re looking to start boxing competitively, the scoring system can take a while to get your head around.

Unlike a lot of sports, like football or basketball for example, the way of scoring points is less obvious when you step into the ring. But never fear; here we tell you exactly how the system works, and you’ll see why in fact it’s actually quite straightforward.

The 10-Point Must System

Professional boxing uses a system called the 10-point must system. A panel of three judges uses this system to decide how to score boxing matches.

At the heart of the system is a 10-point scale, with rounds usually ending up as a 10-9 score between the two boxers. The boxer who dominates the round usually gets 10, while their competitor gets 9 points.

If a boxer is knocked down to the floor, he or she will be deducted a point. If the boxer ends up down twice in a round, they’ll lose an additional point. If both competitors are knocked down, neither will lose a point.

Despite this, it’s possible for the round to be declared even, with both boxers receiving 10 points each. And referees can also deduct points, for both intentional fouls and unintentional ones after a warning.

How The Judges Decisions Are Determined 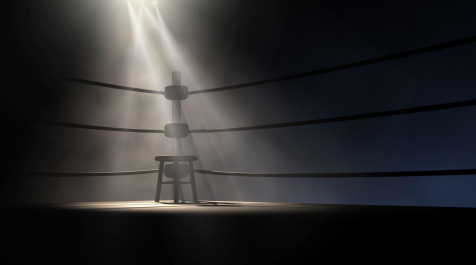 Judges have a lot of discretion in choosing who gets points and who loses points, but these decisions will be guided by a set of principles they’ll follow when observing boxers in the ring.

Judges will also be keeping an eye out for the type of punch, favouring those that are hard and clean in their execution, making a determination between unsuccessful shots and those that strike an opponent cleanly, and taking it into account in the scores they award. They’ll also be looking out for the effectiveness of a boxer’s aggression; if a contender is simply acting aggressively but not landing any punches, they’ll be viewed upon less favourably.

As well as attack, defence will also be at the forefront of the judges’ minds. The judges will watching out for a boxer dodging, parrying and slipping punches successfully as much as they’ll appreciate clean punches.

Judges will also be keeping an eye out for the overall attitude of boxers in the ring, and asking themselves whether a fighter is controlling the fight, and dominating the other challenger in style.

All of these factors will influence the points they decide to award, not award, or take away.

At the end of the bout, the judges will present their final decision based upon the scores accrued from their scorecards. A unanimous decision is one where all three judges give the same fighter more points, resulting in a clear victory for the best performing fighter.

A split decision occurs when two out of three judges have the same contender with more points, versus one judge who has awarded more points to the other contender. Despite being called a ‘split’ decision, the fighter with more points from two judges will still be declared the winner.

The same goes for a majority decision, where two judges also give more points to one fighter, but the other decides the match is a draw - again the boxer with the most points from two judges will still be the winner.

So can you ever get a draw in a boxing match? Simply: Yes. A draw can result where two judges decide the match is a draw, or if one of the judges votes in favour of one fighter, the other judge votes for the other fighter, and the third judge decides it is a draw.

Time To Get In The Ring﻿ 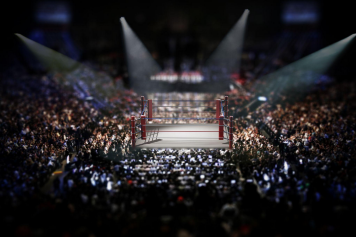 That’s the boxing scoring system demystified. While on the surface, with confusing terms (like a ‘split decision' that actually results in one winner), the scoring system can seem quite complicated, but as you’ve seen, it’s actually pretty easy to understand in practice. Now that you know the score, it’s time to get in the ring. Get prepared with our range of handcrafted boxing gloves designed for all experience levels.